JCB is one of the best-known names in the construction equipment industry. It is still family owned and, although its largest manufacturing operations are still in the UK, it now has factories on four continents and is becoming a truly global supplier. The company was last profiled in Off-Highway Research’s European Service in 2010, and the purpose of this profile is to identify major changes since the last publication, highlight the company's worldwide growth and to offer an appraisal of the likely fortunes that face JCB in the medium term.

At the time of the last profile in 2010, the industry was very slowly emerging from the worst recession in living memory. Today, the industry is at a crossroads. China, the one beacon of light in 2010 has seen sales collapse over the last eighteen months. North America is recovering but the outlook is still patchy, Europe is still a mixture of good and bad markets, all suffering to varying degrees from political and economic inertia, and many of the emerging markets have gone back into their shells. Against this backdrop, all manufacturers are experiencing uncertainty, a factor they all fear and all will react differently.

Therefore, the usual approach for an Off-Highway Research company profile of measuring a company by its most recent performance is not directly relevant in 2016. The data and commentary on aspects such as production and market shares therefore looks at results in at least two years and in many cases over the last few years. During the last recession, JCB deliberately cut its own production rates to avoid excessive inventory accumulation and to avoid putting pressure on its independent distribution. Nevertheless, it has also been able to increase production in the last couple of years to exploit the surge in demand in its domestic market. 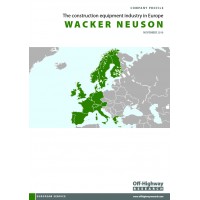 This report is an update of the Company Profile last published by Off-Highway Research in August 20.. 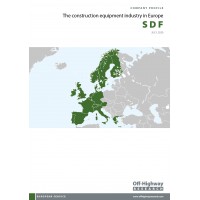